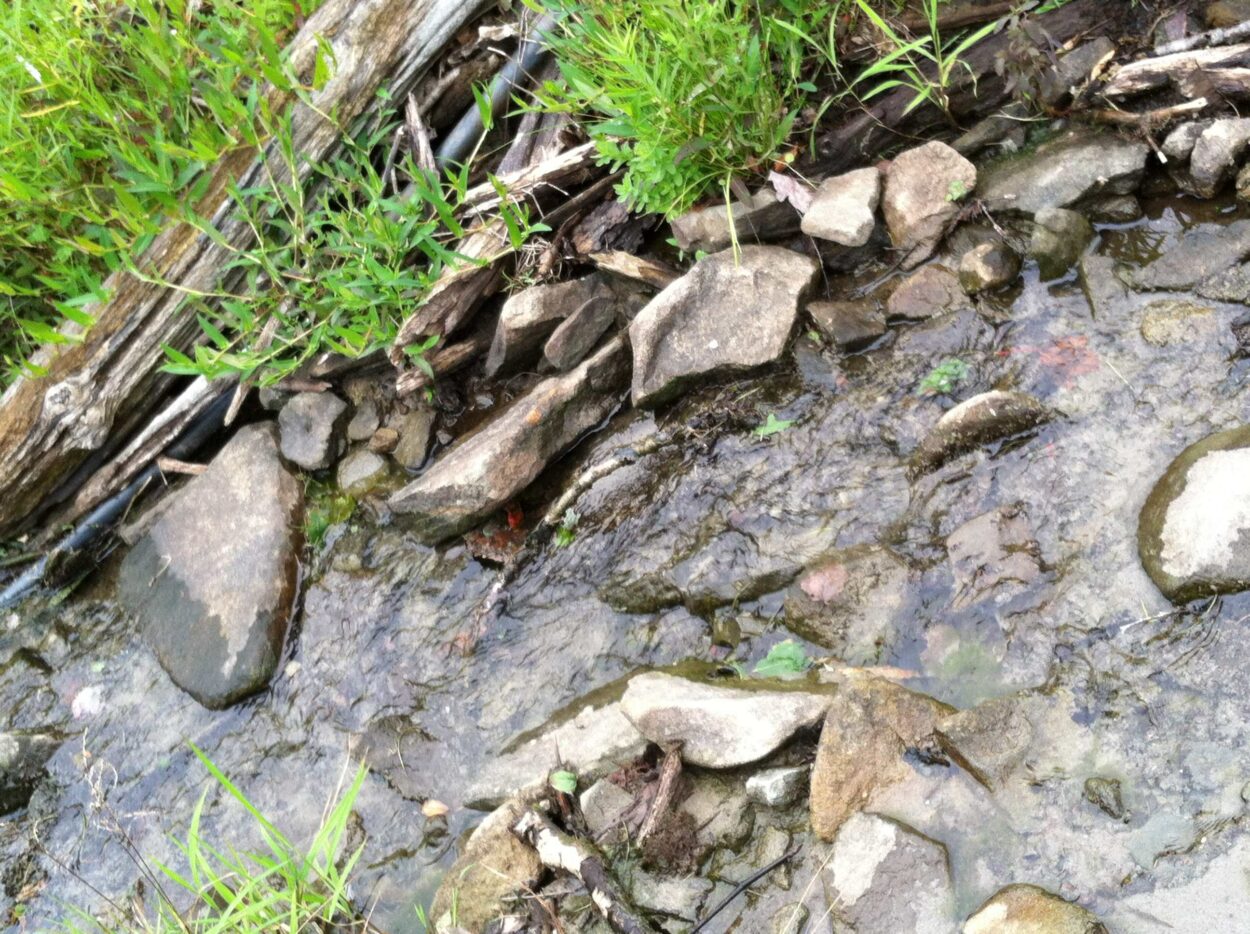 At times, ordinary household objects are taken out of their context, where they look deliberately removed. For instance, a small coffee pot I purchased at a Halal supermarket in Bay Ridge looks entirely different along the perimeter of a campfire bed. Perhaps the novelty of the vessel’s removed presentation makes it look even more attractive than when placed atop a domestic stove top.

Alas, a natural pond looks different from whatever micro pond a faucet may create in a kitchen.

The first use this tent received was to keep us high and dry in the Catskill Mountains, in an area close to Livingston Manor, NY.

Water flowed around the field.

Removed from distractions of society, aquatic motion is always a go-to for nature’s entertainment.

Though, when more water fell from the sky, that’s a different story.

Out of the woods we fled, another water universe we found: a fish hatchery. It might be hard to see in this photo, but the image placed on the truck was meant to promote tours by writing “Fish are Photogenic”. I wonder what the fish would think.

Off to another camping spot, we purchased a gallon of water to avoid the iodine process the adjacent stream would require.

Though the stream’s water appeared to offer its own feedings for local life forms.