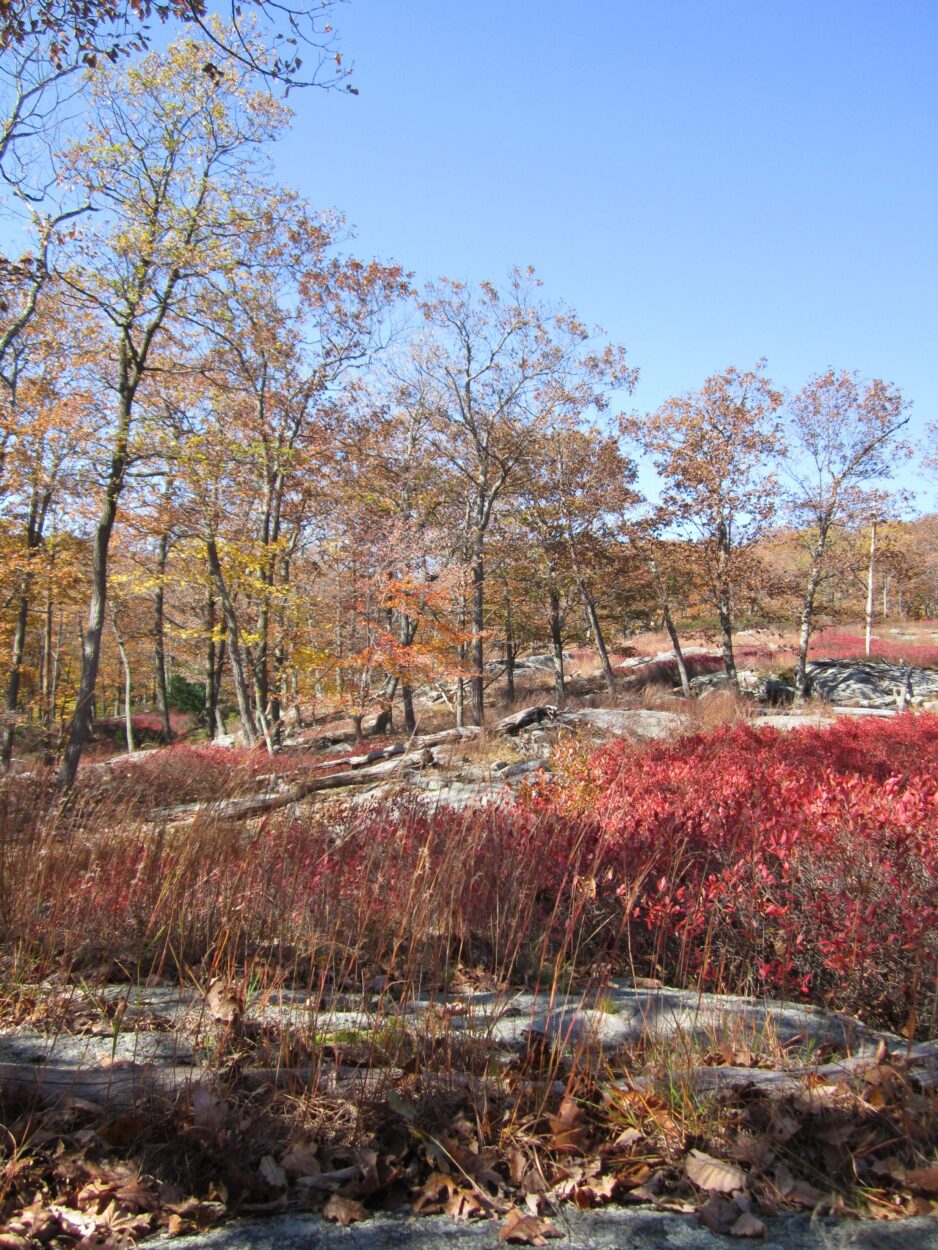 Yesterday, I appeased my urge to get out of the city. As much as I like it here, I do need time to appreciate breathing in fresh air and observing a view free of humans and buildings.

The determined destination was Harriman State Park. I purchased a trail map at a local hiking store in Park Slope, Brooklyn. The man who worked there said that these maps are turning into something of the past, but I think they are still quite helpful. The paper will not easily fall apart, plus I’d feel like a jerk if I pulled my phone out in the middle of the woods to figure out directions.

Driving out of New York City to head upstate through the usual route brought back memories of driving that same set of roads in that same car on many occasions. Though I’d been absent from New York State for some time, the Bear Mountain Bridge, Palisades Parkway and Route 6 will forever remind me of the downstate-to-upstate haul of journeying to and from Binghamton, the Carousel Capital of America, where I attended university.

On such roads, I know where to slow down for the traffic circles, stop at the annoying yield signs and go about the sketchy lane merges in order to ride efficiently.

Past all that, focusing on the present, right now is a fine time to travel to Harriman State Park. But reflecting back on yesterday, it was a cloudless day, and a perfect occasion to view foliage, making such a hike even more pleasant than usual.

Having lived on the West Coast, I cannot help but constantly compare the mind-blowing nature of places like Oregon and Northern California to wherever I go.

But that was another episode, and this is the nature I can access at this point. Even if there are no impressively grandiose rock formations, ancient Redwoods or snow-capped peaks in these woods, one can still greatly appreciate the subtle, deciduous beauty that is offered.

Although there are no intensely challenging climbs up dangerous peaks, there are several satisfying hills that work to elevate the perspective.

The rocks also serve as a nice clearing deck to take breaks from the trek.

During this adventure, I did have to cross some streams, which involved engaging my mind and feet in executing effective rock-hopping techniques.

So far, I’ve always made it to the other side!