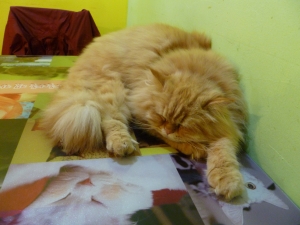 Black cat on the streets of Tokyo, Japan.

Kittens cooling off under a bench in Malacca, Malaysia. 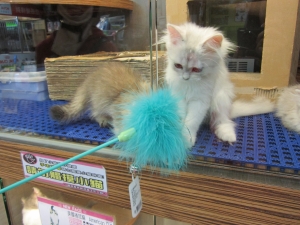 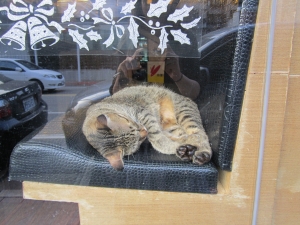 Cat resting in a restaurant booth in Taipei.

Friendly calico in the Philippines. 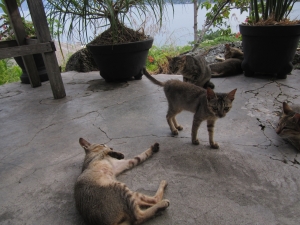 Variations of the same cat in Lake Toba, Indonesia. 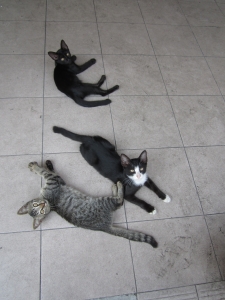 Cat bored by the nighttime street action in Bangkok, Thailand. 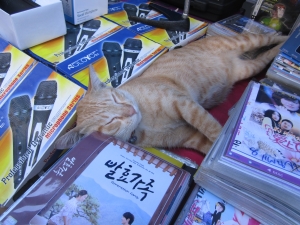 Cat trying to sell some bootleg DVDs and microphones in Bangkok. 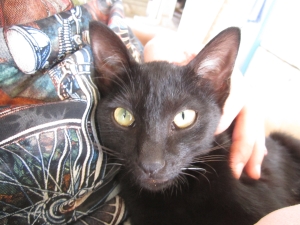 Laotian cat resting on its dirt floor, and simultaneously matching it. 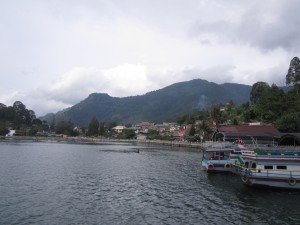 This is from the ferry across Lake Toba to Samosir Island. The journey did not start here, however, as it was preceded by a five-hour bus ride and flight into Medan. However, things became quite relaxing at this instance, at the largest volcanic lake in the world. 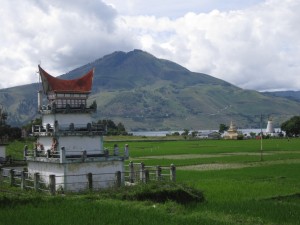 We ventured out around the island one day. Rice fields are abundant as ever. 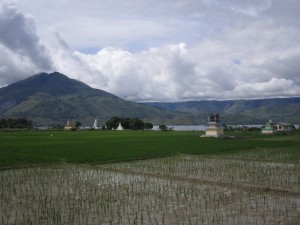 Some wetter than others.

In these parts, washing machines are uncommon and dryers barely used. Many wash their clothes right in the lake and dry them to the breeze. It creates the fresh touch from the lake-fresh wind and water, a result that detergent and fabric softener designers often attempt to replicate in their products. 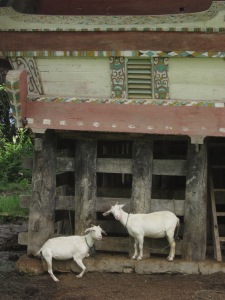 Some goats roam around, but others remained tied to the traditional Batak houses. 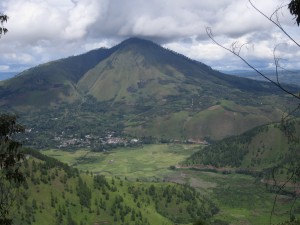 View of a hill, from up another hill. 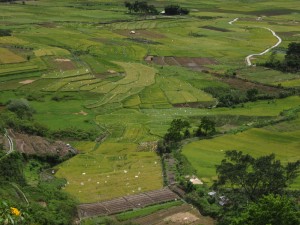 Yet more rice fields on Samosir Island, seen from an aerial view.

Dense concentration of trees. Hiking through this area is not too pleasant, as it’s full of vines and roots and mud, but there are nonetheless trees to temporarily calm the trekker. 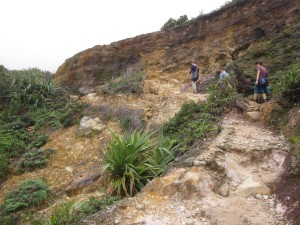 The next stop was Berastagi, and we embarked on the main activity of the area, climbing Mount Sibayak, an active volcano. 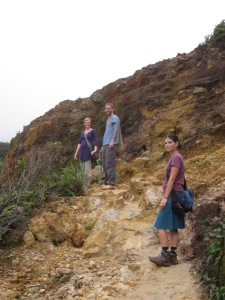 Towards the hike up to the crater lake, everything starts smelling like sulfur. One can even pick up little yellow clusters of pure sulfur.

Two fumaroles around the crater’s edge. One can hear them steaming from about a mile away, and they sound like old cars driving around bends. It’s rather foggy due to the gas, so the visual component of the crater lake is not so apparent.

Total visibility of the scenery is not common, but is pleasant regardless.

We got lost on the way down, but ended up in a valley of greenery and misty peaks. The right way down ended up being through former metal steps that were mostly torn apart by mudslides, not to mention countless trees that had been uprooted and twisted in every direction over the once-designated hiking path.

In a land full of natural disasters and geologic wonders, one just has to stick to his or her primal instincts to make it down through the jungle.