What can one do during a week’s time in Panama?

Start off in the city and see how the skyline stacks over the low-tide muck.

Realize that it is quite hot and humid to stay in the city.

Venture off to El Valle de Anton for a few days to enjoy Panama’s natural settings.

Hike up into the hills to see more hills across the crater.

Get privy as to how a fence can depict the cruel reality of the food chain.

Cross into the woods over a bridge that is itself constructed out of wood from the woods.

Stroll under trees and alongside gushing streams.

Not get poisoned by poison dart frogs that thrive behind glass.

Stop by a mango graveyard.

Learn about the stages of life pre- and post-pupa.

Take a peak at the Panama Canal of course. 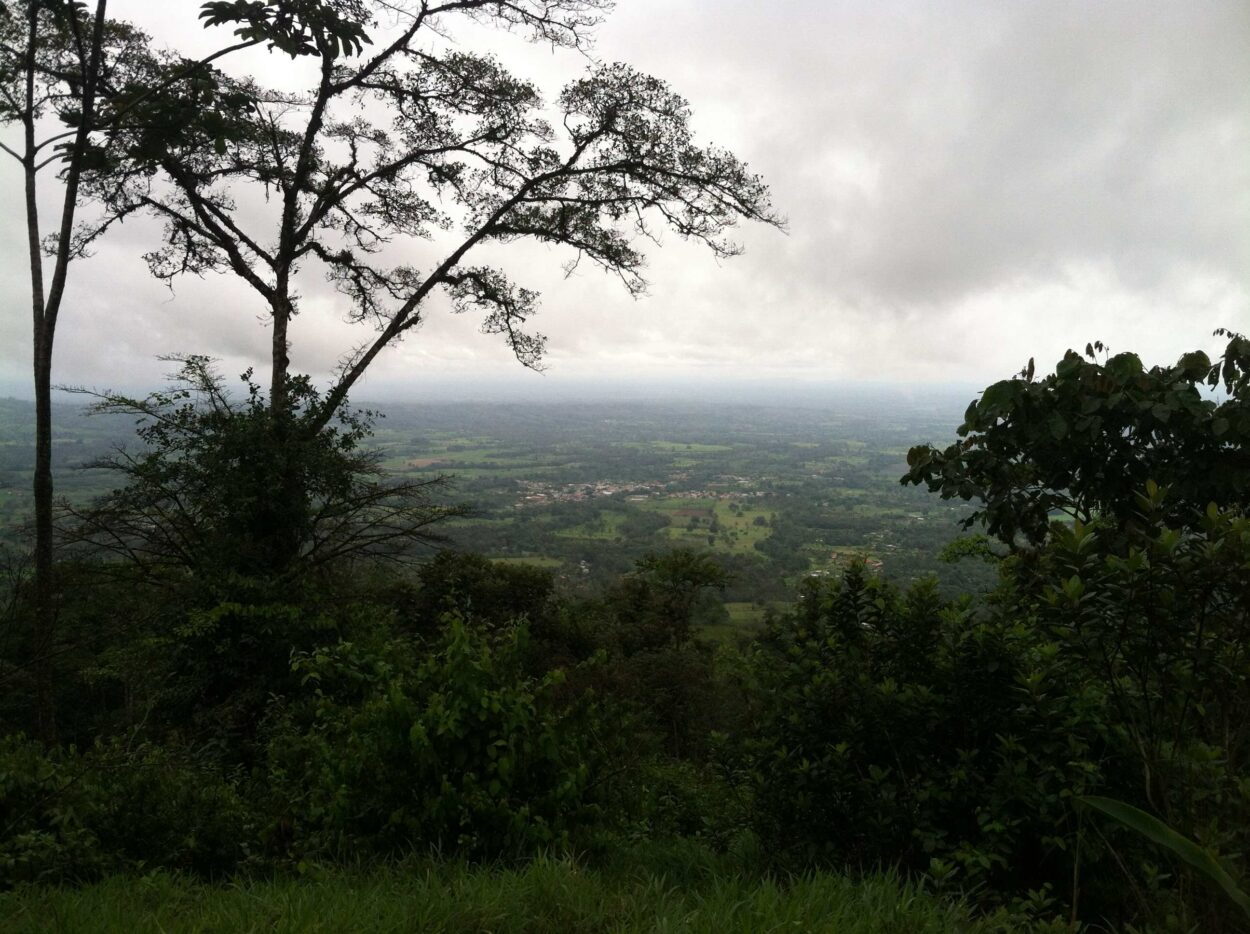 The small town of Bagaces, Costa Rica, is a pleasantly relaxed place.

However, try not to get stuck there on Good Friday. It’s a major holiday, making the buses few and far between. Scant travel options was something we discovered that very day, by waiting on at the edge of town for several hours in the heat. I did not take a photo there, as it was nothing to see, but we got to know a street-side bus stop quite well. Finally, we crossed the street and hailed down a bus going the opposite direction, just to get out of Bagaces. The driver overcharged us because he could see our desperation and we ended up in the city of Liberia.

Upon entrance to the bus terminal in Liberia, we were hot, sweaty, disgruntled, and wanted to get out. A bus was leaving soon enough for Playas del Cocos, a destination of which we had no knowledge,  but decided to take a chance.

And it wasn’t so bad.

We met a man from Montreal who relocated to Cocos and ran a Lebanese food stand in town. He instructed us to walk along the rock formations to a secluded white-sand area. There we went very early in the morning.

Though it was an enjoyable, spontaneous time, Playas los Cocos is not somewhere I’d recommend ending up on Good Friday, either. It’s apparently a huge vacation spot for people who live in Costa Rica, which is fun and festive, but accommodations are scarce and prices are inflated.

At least the place we stayed had a cat, Cleopatra.

The place we stayed at in Monteverde the next night was more worth it–given this was the view outside the balcony. At night, I even noticed an armadillo scrambling around the ground.

Of course it’s not about just staying at the  that’s not the best open view of the trees.

Naturally, climbing up into the hills to watch the sunset is more worthwhile than hanging at the guest house.

Some of the establishments, like this art camp, display intriguing little structures that play on capabilities of human creativity with nature. Like this gazebo, which resembles trees, and is made out of trees.

Even better, of course, are trees that haven’t been re-appropriated to show trees. At the Tropical Cloud Forest, life is abundant, but sometimes difficult to notice in the lush density of flora.

Look up, and it’s the same tangled case.

Note: watch out for Spider Monkeys atop. They tend to throw down strange items when they are eating.

Or, for falling trees.

At a mountain in the clouds, elevated water vapor must go through a physical reaction, thus fall, at some point.

After Monteverde, we journeyed by van to boat to van to La Fortuna.

Finally in La Fortuna, several journeys presented themselves within, for instance, upwards on a volcano.

Some of the mud was rather clay-like.

This part was through pasture lands lined by flowery bushes, with cows grazing and butterflies flapping throughout. Occasionally, we’d pause by a guided tour group observing intriguing cases of ecological niche phenomena to listen in on some information–such as ants carrying pieces of leaves or flowers to create fungal concoctions for their colonies’ functions.

That open part was steep, but the real challenge came up the muddy, more root-covered area toward the top.

Then it was a toppling time down. 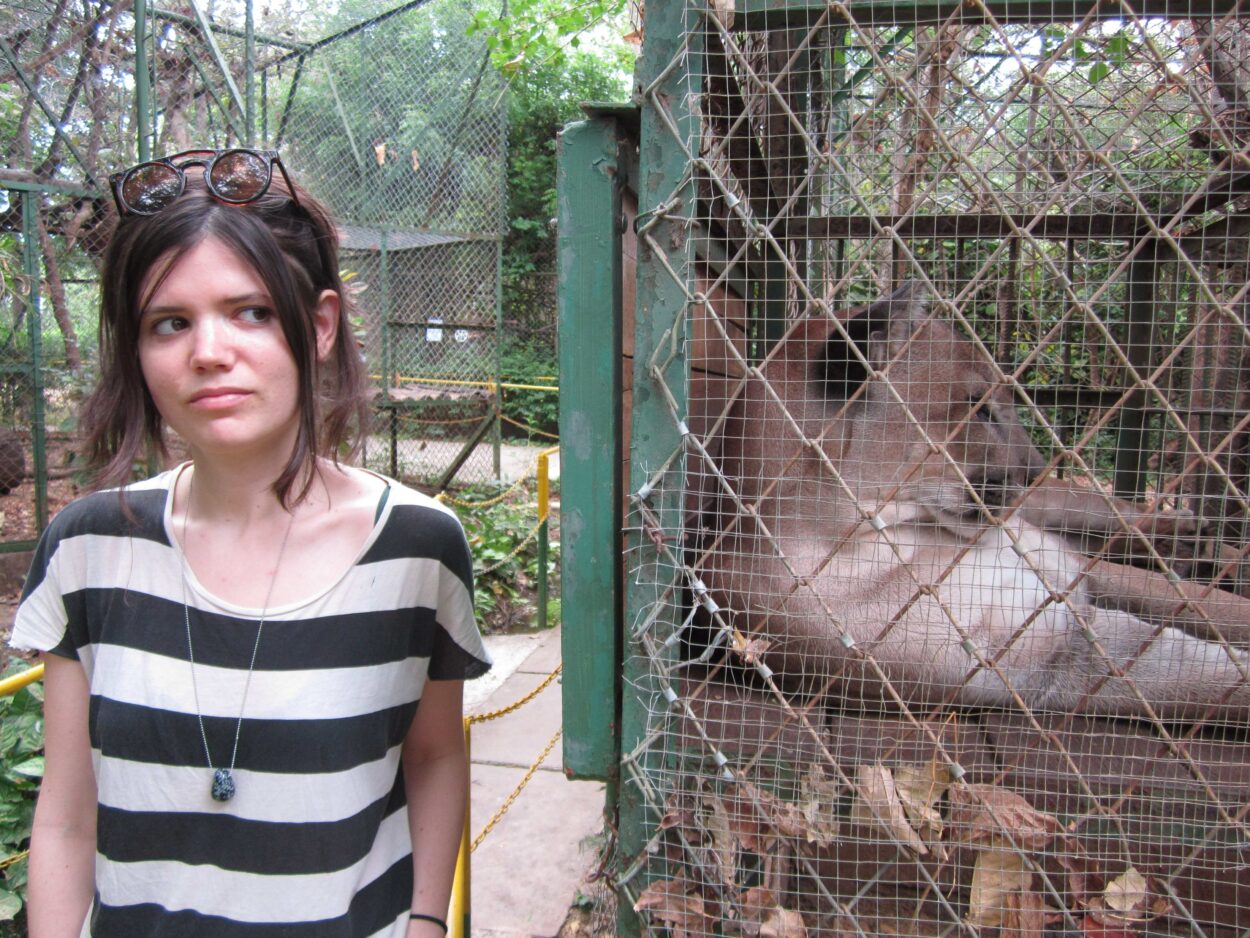