For all of my time spent in and around New York City, I had never ridden the tramway or visited the island. Roosevelt Island, that is. Yesterday was the day when that all changed.

Like a typical tourist, I strolled down the promenade towards Roosevelt Island’s southern tip and snapped shots of the arching cherry blossoms in bloom–yet saw nothing of the area’s residential neighborhoods to the north.

The main attraction was the Smallpox Hospital that stands today as a shell of the facility it once was. Other than functioning as its namesake, the Gothic Revival building also served as the Charity Hospital before closing in the 1950s.

Enclosed by the edges of an encompassing fence, the remnants of an institute originally intended to combat an infectious, sometimes fatal disease (that was eradicated in 1980) are now buttressed by interior and exterior beams.

The barren window frames frame sky-scraping edifices that tower above the west-facing horizon.

Visitors: do not plan on getting too close to the Smallpox Hospital.

Unless you happen to be a goose (who reads this blog).

I climbed what appeared to be the the tallest hill on the southern end of Roosevelt Island. The pinnacle offers instant visual access into the current skeletal structures recently constructed for Cornell Tech to flesh out.

Nevertheless, like the smallpox medical facility of the past, the grounds of the future Cornell Tech institute are also off limits to the public.

The campus even trained an infantry of miniature panthers to guard the territory from intruders.

However small and arguably overlooked, Roosevelt Island is surely its own ecosystem where structures develop, thrive, die, decay, and regenerate. Alas, at this location’s southernmost tip, the viewer can compare it to two tiny islands that will in all likelihood never host any such towns, towers, or tourism.

I was satisfied, so it was time to head back into the sky and say bye to Roosevelt Island. 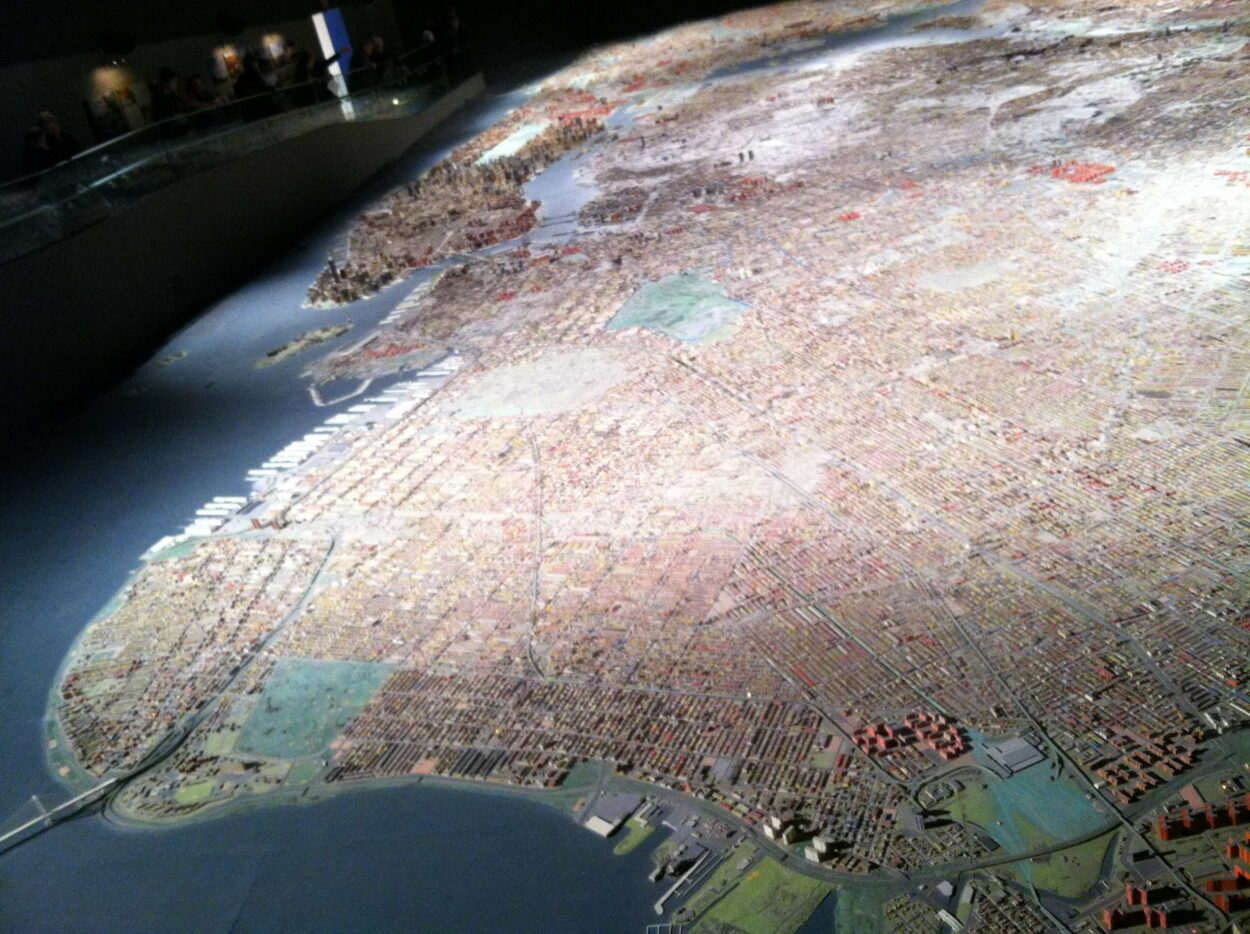 Don’t feel like actually traveling all around the five boroughs to get your sense of New York City geography?

Of course, they’ve taken efforts to keep the institute current, such as displaying modern living arrangements for anthropomorphic cheese graters.

It was quite the worldly experience.

Hiking, I approached this cave to observe what looked like upside-down ice stalactites. Not exactly sure how they formed, but I would estimate there being some kind of repetitive drip from a just-above-freezing melt — that turned freezing soon enough.

And look interesting up close and personal.

The Museum of Art and Design is currently displaying a 3-D printing expo.

I had been unaware of this previously, but ceramics are now printable.