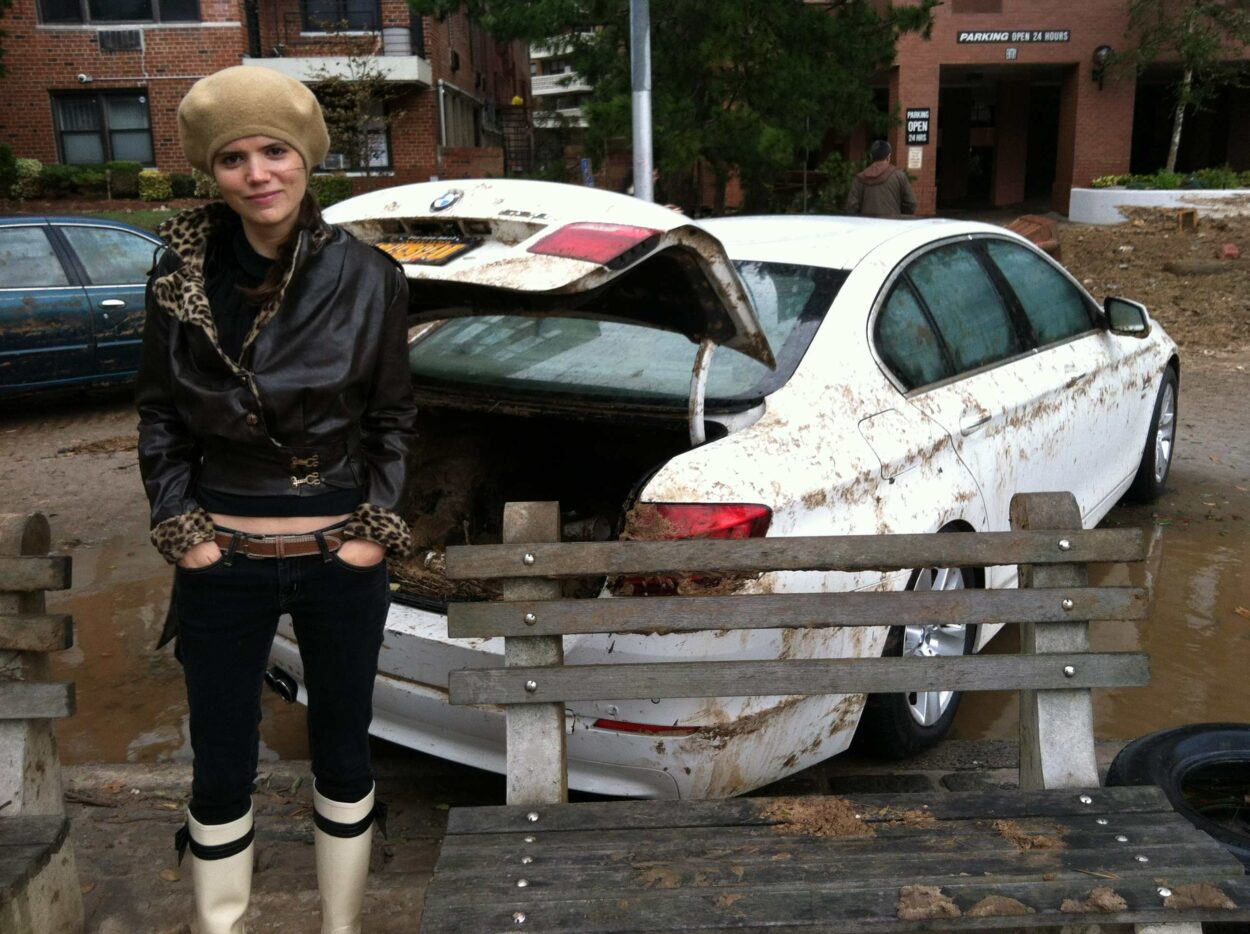 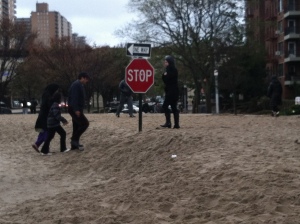 On Tuesday, we drove down to Brighton Beach to take a look at the damage left by Hurricane Sandy. Here, it shows that the wind’s force had transported a great deal of sand from the beach. These large apartment buildings had been mostly evacuated and some windows were smashed. 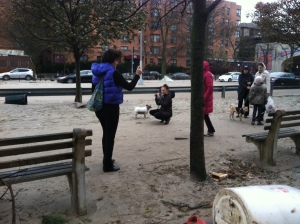 Many others also came down to take photos, slipping and sliding around the muddy paths.

It was quite surprising seeing so many damaged luxury cars. 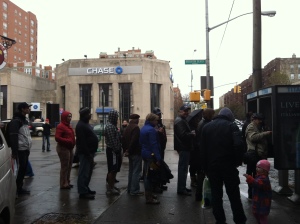 Over into town, power was completely shut off. No traffic lights, but people were driving respectfully to one another. This crowd stood in line to use the payphone. Perhaps these devices are still up in case of such disasters. 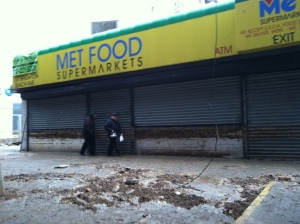 Streets were incredibly muddy, and shops were all closed. It’s going to take great efforts to get these businesses back to normal.

One person took advantage of the strong winds in an athletic way. 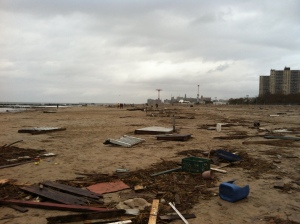 Turning away from the water, you could see many items had washed ashore. 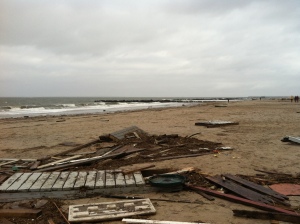 You could not help but wonder where they had originated. 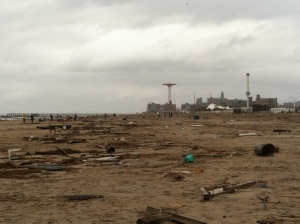 I’m relieved Coney Island wasn’t demolished. I’ve usually gone there during sunny summer months and experienced it as a quirky, jovial gathering point. However, this post-hurricane, cloudy view was quite eerie to say the least.